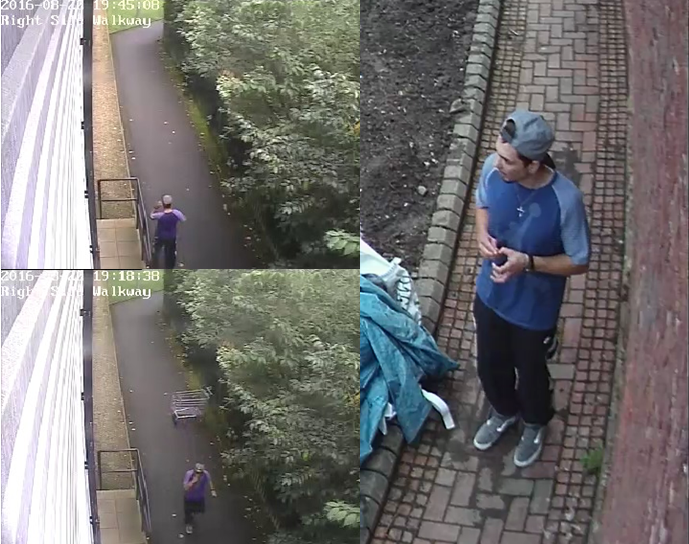 Officers from Macclesfield Local Policing Team have released CCTV images of a man they would like to speak to in relation to an incident in Handforth.

Shortly after 8.00pm on Monday 22 August, a 16-year-old girl was walking down an alleyway between Lower Meadow Road and Brooke Way in Wilmslow when she was approached from behind by a lone man.

The man grabbed hold of the girl from behind and touched her inappropriately.

He then released the victim and fled the scene in the direction of the industrial estate.

Investigating Officer Sergeant Angela Coppock said: “We are currently following a number of lines of enquiry and as part of my investigation I’m keen to speak to the man shown in the CCTV images.

“If you recognise this man or, if you are the person in the CCTV footage I urge you to contact us on 101 so that we can progress with our investigation.”

A 27-year-old man from Crewe was arrested and bailed in relation to this incident on Wednesday 24 August – he’s since been eliminated from the police’s enquiries.

Anyone with any information in relation to the incident should contact Cheshire Police on 101 quoting incident number 847 of 22/8/2016.

Alternatively information can also be reported anonymously to Crimestoppers on 0800 555 111.