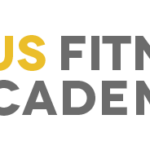 Today I wanted to share with you the words of Joe Friel, if you have not heard of him you should check him out.

Joe is the author of THE TRIATHLETES TRAINING BIBLE and is a highly regarded ultra-distance coach who believes as I do that the mind needs training alongside the body.

One of his famous quotes “Think like a bumblebee, train like a horse!” is one that I truly love and respect.

When I first heard the saying I was curious but also could not see how this would relate to me until someone explained the meaning.

Now I believe it not only applies to me but also to anyone anywhere in their life who truly wants something.

A race horse understands that it is different from any other horse, it knows this because it eats a special diet and uses heart rate monitors and equipment to measure its fitness.

Whilst other horses have the freedom of paddocks to laze around in a race horse will be doing interval training and sprints to improve its speed and power.

This is just like the path any human must take that wants to compete in an event.

What is different from the human and the racehorse however is that a race horse will never question the programme it has been set, it will just do, it never worries if it is over training or under training.

It also never holds back on race day, it just gives what it has on the day.

Nor will you ever see a race horse compare its race with any other horse, it won’t get upset if it doesn’t do well, it will not sit at the start and worry about the other race horses and say to itself “there legs look stronger, that one is younger and more powerful, that one had a better trainer”

They live with the purpose to put 100% into being the best they can. They do no more or no less than asked of them and this is how a race horse wins a race.

So what about the bumble bee?

For many years NASA studied the humble insect. How could something so big and furry in comparison to its little wings fly with incredible speed, accuracy and agility?

After much research they came to the conclusion it was impossible for it to fly at all.

The physics behind bumblebee state that they are too large and too heavy to fly. Their little wings simply cannot carry the weight.

But as no one told the bumble bee this, the bumblebee goes on believing it can fly and so it does. As the bumblebee has faith in itself, it is able to fly no matter what NASA’s scientists have to say about it.

Joe explains to us that “You, as a person (and an athlete), just like the bumblebee need to have unyielding faith and belief in yourself. Don’t let anything or anyone limit what you can do and can achieve.

You can do it, if you just believe you can.

Too often we get caught up in second guessing and comparing to others, how many times have you questioned your trainer? Or yourself for that matter?

How many times have you looked at another person and felt a pang of “I wish I was more like them?”

And then there is self-belief, too often we come to the table already asking for defeat as we state I cannot do that, that seems impossible and so on…..

My advice to you whether you plan to do an event or simply do what you want in life is in the words of Joe Friel “Think like a bumblebee, train like a horse!”